"Summer School: Chapter Two" is the second episode of the second season of Stargirl, and the fifteenth episode overall. This episode aired on August 17, 2021, on The CW.

UNEXPECTED ARRIVALS - Still on the lookout for evil in Blue Valley, Courtney grows suspicious after an unexpected visitor shows up at the Dugan house. Meanwhile, Barbara and Pat become concerned after a visit from a mysterious antiques collector named Richard Swift. Elsewhere, Cindy puts her plan in motion.

Cindy's Mother, now free from the spell the Dragon King put upon her is celebrating her new found freedom when Cindy arrives to ruin the fun. She uses the diamond to place her former fake mother back under her control. We then head to Jenny leaving her foster home. She has hit the age of 18 and is being forced to leave as an adult. Jenny gets a gift left to her by her father for her 18th birthday. Along with a note, Jenny discovers and wears the Green Lantern Ring. It was the ring that drew Jenny to Blue Valley. Jenny is able to recognize Pat via his name and knows him as the legendary Stripesy.

Jenny's arrival makes Courtney concerned. She is looking for a villain to fight, and for a reason to still be special and Jenny is fitting in perfectly with her family. She even makes breakfast! Courtney wants to go with Pat and Jenny to work on the lantern at the garage but she has her first day of summer school. She is at least excited that Yolanda is also in school, her family forced her to enroll to keep her "in check". Rick skips his first day of summer school to check if Grundy got the food he provided. It looks like he did and Rick leaves more pizza for him. Beth calls Rick in to meet with Jenny at the garage. Working through the lantern Jenny and Pat are surprised that the ring remains powered without the lantern's recharge. Pat begins instructing Jenny on how to use the ring and create constructs.

If a man had to tell you he was Shade without telling you he was Shade, Richard Swift was the perfect embodiment of the former ISA villain! As we noted before, he is after William Zarrick's entire collection of stage magic props. The business card he hands Barbara has no contact info and when Barbara calls him on it, he simply says he'll be in touch. He is off to explore all that is Blue Valley. Back at the garage, Courtney and Yolanda arrive to meet Jenny already showing her powers off to Rick and Beth.  Courtney is abrasive and Jenny leaves but not before being called out by her team. Back at Cindy's place, Eclipso is planting the seed that her mother needs to kill Cindy.

Courtney and Pat talk about how Courtney is feeling. She is jealous that a real superhero's daughter is visiting but Pat reminds Courtney that was how she felt before in season one. He inspires her to reach out and make things right by Jenny. Barbara calls and asks Pat to check out Richard Swift. He heads to the cafe to check on him. Pat tests Swift and is curious who he might be. He sees the JSA running to the park with the Lantern looking to explode. Jenny isn't able to control her emotions and the lantern might bust. It turns out that Jenny is the source of the energy, not the lantern and that's why the ring works with her. Jenny attempts to absorb the power of the lantern into herself. While doing so, the lantern explodes blasting the JSA back. Jenny has taken all the energy into herself and can fly now!

In the final wrap up moments of the episode, Courtney awakes on the couch again only to learn that Jenny has left. She is searching for her brother and won't be joining the JSA like Courtney hoped. Pat reviews the JSA files and believes that Shade is indeed Richard Swift! Jenny has influenced Courtney to put her friends and family first and then Pat reveals that Shade is back in town. At Cindy's place, Cindy is attacked by her mother via Eclipso's manipulations. The Black Diamond then takes over Cindy to punish her mother for the murder attempt. Eclipso sucks Cindy's mother into the Black Diamond stealing her soul and body! Eclipso then gives control back to Cindy. Eclipso's manipulations are starting to take effect on Cindy. 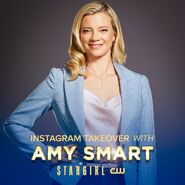 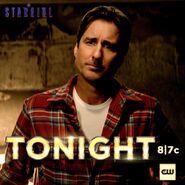 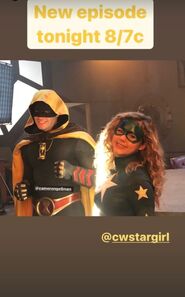 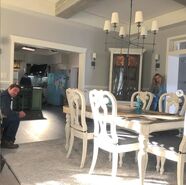 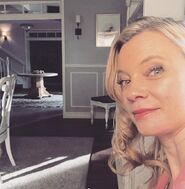