Rex Tyler was a character in The CW and DC Universe series Stargirl.

Rex was a master chemist and adrenaline junkie. He was a thrill-seeking superhero and founding member of the Justice Society of America. He operated in the JSA as the superhero, Hourman. He had the ability to manifest super-strength one hour a day. He struggled with balancing his life as a hero and being a father to his son, Rick.

Rex Tyler grew up in Connecticut and met Wendi when they were children. She would later become his wife and they would have a child together, Rick Tyler. Rex's brilliant chemistry allowed him to formulate a powerful hourglass that granted him superpowers.[1] He joined the Justice Society of America as Hourman and fought alongside them in several battles.

Ten years ago, Rex fought bravely as Hourman alongside the Justice Society of America. His superhuman abilities proved valuable in the JSA's fight against the Injustice Society of America. One night, the JSA and ISA went head-to-head in a massive battle that resulted in the deaths of several JSA members. Rex managed to escape unscathed but never forgot his fallen friends.

He swore revenge on the ISA and took it upon himself to follow them across the country from LA to Colorado to Nebraska. Pat built an armored robot to help Rex fight the ISA, but Rex rejected the idea. Nine years ago, Rex and his wife Wendi had settled in West Farms, Blue Valley, Nebraska, with their son, Rick. Arranging to have all of his research concerning the Injustice Society delivered to Pat, Rex and Wendi then tried to flee Blue Valley one night, even leaving their son in the custody of Matt Harris. They were stopped by Solomon Grundy who caused a car accident that killed the couple. The car crash was ruled an accident, however, it isn't until nine years later that Rick would learn the reports were falsified.

On Christmas Eve, 2010, Rex Tyler, costumed as the superhero Hourman, fights alongside Starman and the rest of the Justice Society of America in an old mansion in California. Hourman is engaging in a heated fight against Tigress but the fight abruptly ends when The Wizard levitates Hourman several feet into the air. The Wizard then drops Hourman to the ground, which results in him being gravely injured. Hourman is thought to have perished alongside Green Lantern, Sandman, Dr. Mid-Nite, and eventually, Starman.

Ten years later, in the present day, Pat Dugan remembers his fallen friends by keeping a picture of the Justice Society of America the includes Hourman. He also is seen in possession of Rex's journal. Pat's stepdaughter, Courtney Whitmore, finds the photograph and looks over each member.[2]

The day after Courtney finds the photograph, Pat tells her about Hourman, who survived that night and followed the ISA's movements across the country, from Los Angelos to Colorado to Nebraska. Rex and his wife died in an accident shortly after they got to Blue Valley. Two years ago, Pat resumed Rex's research and met Barbara Whitmore. He couldn't find their trail and assumed the ISA left the town or presumably the country. Pat also explains that he offered to help Rex before his death, and even built an armored robot to help him. However, Rex insisted on doing the adventure alone. Pat shows Courtney a photo of Rex leaning against a yellow '66 mustang.[3]

Courtney and Pat visit the JSA's headquarters, where Courtney sees giant banners of each JSA member. Rex Tyler as Hourman is one of the ones she admires, even taking in the suit pieces that are under his banner.[4]

In a flashback to nine years ago, in a frenzy, Rex records down a burst of newly discovered information in his journal. He packs all of his records up along with his journal and mailed it to Pat Dugan in California. He and Wendi quickly pack their bags into their car and planned to flee Blue Valley. Wendi's brother, Matt Harris, arrives confused as to why he had been called to Blue Valley. He calls Rex out on getting his sister into something yet again. Rex quickly explains that inside was the deed to the house, which they left to Matt, and records regarding Rick. On the certificates, Matt is listed as Rick’s biological father and having the last name Harris instead of Tyler. Though Matt is hesitant, Rex tells him about the $50,000 he put in the house for the pair. While they hope to not be gone long, he wants to have a backup plan just in case. Rex and Wendi tearfully said goodbye to their son. Rex gives Rick a 1966 yellow mustang keychain and told him to hold onto it while he was away. He alludes that it is more important than Rick knows. He remarks that he once had a car exactly like that, which was the love his life before he met Wendi. He hugs his son close and the family shares a moment before he has to encourage Wendi along.

Rex and Wendi then got in their car and speed away while Rick yelled after them, begging his parents not to leave him. Once on the road, Wendi admits to being scared but Rex assures her that it's okay. The only thing keeping him positive is his knowledge that “they” didn’t know about Rick, only them. They look at each other while holding hands, but Wendi screams seconds before the couple's car is stopped by Solomon Grundy. Grundy caused the car to slam into a tree, killing them instantly.

In the present day, Rex's son Rick is a delinquent with anger management issues, who is chosen by Courtney Whitmore to carry on Rex's mantle of Hourman. Rick has hidden his true parentage for nine years and goes by the last name Harris instead of Tyler. Beth's goggles reveal the truth and Courtney pieces together that Rick was Hourman and Rick is a legacy. She tells Rick about Rex's adventures as Hourman with Beth adding that Rex designed the hourglass so that it will only work for someone with his DNA. Through Dr. Mid-Nite's goggles, Rick is able to witness a holographic projection of his parents being murdered by Solomon Grundy. Rick vows revenge on his the people who killed his parents.[5]

Rex was an adrenaline junkie and a thrill-seeker but also a dedicated superhero and family man. According to Pat Dugan, Rex was very responsible with his powers that he had the sense and prudence not to abuse them over things as shallow as mere whim or personal gain, and deliberately limited the capabilities of the Hourglass because he understood how addictive it could be.

Despite being an adrenaline junkie, Rex was a devoted and loving father and husband to his son, Rick and wife, Wendi. His devotion to his family is evident as he kept Rick's existence a secret from his friends and teammates in the Justice Society. Keeping Rick safe was his number one priority. Rex also didn't allow his brother-in-law, Matt's animosity towards him to get to him, showing he could be the bigger person. He put it upon himself to ensure that Matt had what he needed to raise Rick.

Rex was an attractive man in his thirties with dark brown hair, blue eyes, and a physically fit physique. While fronting as Hourman, he wore his signature suit.

Additional Season 1 appearances include a picture in "S.T.R.I.P.E.", "Icicle", and "The Justice Society". 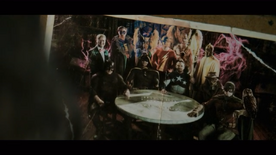 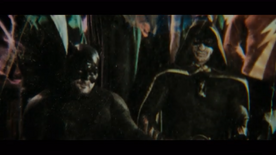 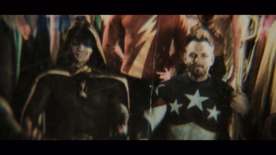 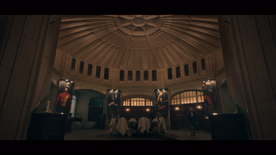 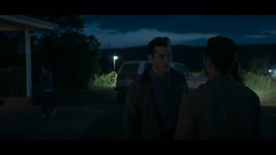 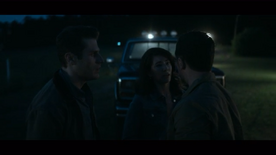 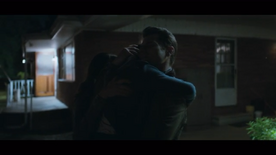 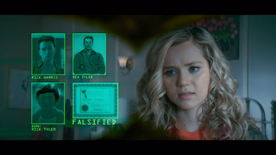 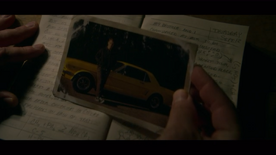 Add a photo to this gallery

Retrieved from "https://stargirl.fandom.com/wiki/Rex_Tyler?oldid=18755"
Community content is available under CC-BY-SA unless otherwise noted.